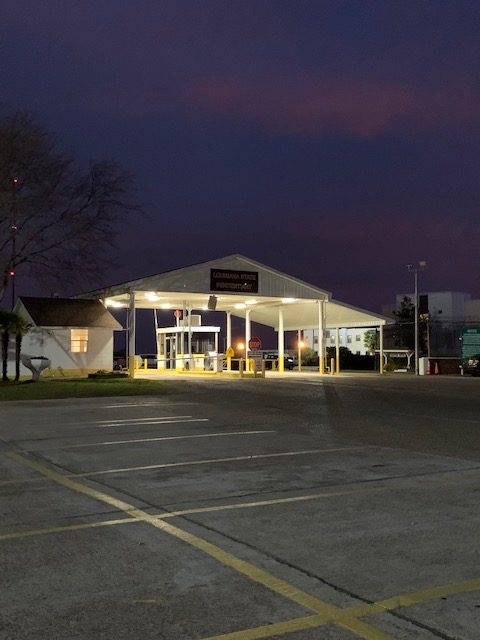 “Anyone anywhere can make a positive difference.”     Mark Sanborn

It’s early on a Wednesday morning. If you know me, you know I start my day very early. On the mornings that I go to Angola, I leave especially early. So, I usually find myself sitting in the parking lot in front of the gate watching the minutes tick away. Seven o’clock can’t come quick enough. I am so excited to see all of the members of our class.

This morning I find myself reflecting on the first time I was able to come to Angola and the processes we went through to choose offenders for the Angola Braille Prison Program. This was a first for our state and the Department of Corrections.  The first meeting included the Warden and a large group of interested offenders who had heard about a braille class coming to their prison. I was so excited about this next step. I had been in meetings with the Department of Corrections for months. The day had finally arrived to actually meet the future transcribers and begin the process of choosing who would get to participate.

I had established criteria to act as a guideline in the selection of offenders for consideration. First, they must have a high school diploma or equivalent. This is important because when the print is being transcribed into braille, the transcriber needs to understand the content for accurate transcription. Second, we needed offenders in the program that had varying sentences. I wanted some that would be eligible for parole in 8 – 10 years so they would have an opportunity to benefit from gaining employment as a Certificated Transcriber after release. Then, I wanted lifers. These offenders will one day run this program. They will be the teachers and leaders and provide sustainability for the program. Lastly, anyone who was imprisoned for a crime against a child would not be considered for the program. I wanted parolees from the program to have an opportunity to work with educational systems as transcribers one day.

The plan was to allow 20 offenders into the class. I felt like this would be a manageable number for us. On the day of the interview, 25 of the offenders that signed up arrived. I wish there were words to describe each interaction with these men. They were so diverse in their life experiences and skills that they could bring to our program. But I saw potential in them all. In fact, I allowed all of the men to be a part of the Transcribing Certification class.

As you know this has been an unusual year. In March, our program was halted due to concerns for the safety of the offenders and staff at Angola. All contractors were denied entrance until further notice.

As I reflect on our program and the offenders who were chosen to participate. I have no regrets about our selections. We were able to begin classes again in December. Our numbers have dropped due to many issues that can’t be helped. Some of the original members are listed as essential workers for Angola, they will begin with us as soon as they are allowed. There are a couple of students that have chosen to start over since they haven’t been able to practice during our hiatus. I’ve explained that this course isn’t like a horse race where only the winner gets the prize, everyone can get their certification which will be the ultimate prize. Three of the offenders have been paroled. I hear one of the parolees still plans on continuing with this certification. We will reopen the program for new candidates as soon as Angola opens all programs completely.

The future looks bright in Angola for our Braille Program. The program is moving forward and we have some guys that have the potential to be great transcribers. I am excited to see the commitment they are putting into the lessons. The Warden is allowing them access to their braillers, materials, and lessons throughout the day and even on the weekends. Of course, I have lots of lessons to grade now.

The sun is rising, and it is finally seven o’clock. As I start my drive to my class, I feel very happy that I’ve been chosen to be a part of this program.