Angola: Community “Yes or No”?

Community: We All Live In One

On my last visit to Angola, I was introduced to someone who is interested in our next braille class. He shares a dorm with William. As William introduces him he says, ‘He is a vital part of our community.’ This is a member of his community and he is highly valued.

Wow! A Community! I hadn’t stopped and thought about Angola as a community.

There are two definitions of community.

His description of his friend has stayed with me. William sees himself living in a community where members contribute and are valued.  I know some of you may be thinking: valued?

Being valued is at the core of everything I do. I think about my sons and how important they are to me. I value them so much and in turn, I want to be valued by them. At my job, I work hard to meet all the needs of teachers, students, and families because I see their worth. It drives me to support them with all of my efforts.

I can understand now that it is just as important for the men living in Angola to feel valued. Regardless of their current circumstance, they are valued members of a community.

The community at Angola may not be your first choice for living and working, but it is the place we sentence our offenders to. I’m excited to see that Angola has programs to help build a sense of community with the offenders and staff.

I’m sure it isn’t always easy. Like all communities, there are disagreements and issues. This community has people from all walks of life. I imagine these differences add additional stress as offenders are forced to live, work, and exist among one another.

I’ve included two pictures in this post of a waterfall and a lookout point on the 18,000 acres that are called Angola. Both of these places made me feel so peaceful. I stopped my car and rolled down the window, just to enjoy the simple beauty of nature.

I like to leave you with things to think about. 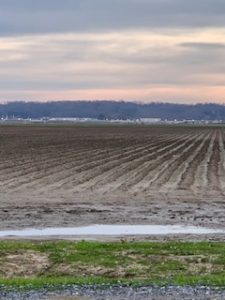 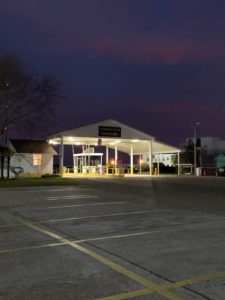